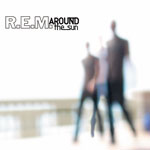 R.E.M. is one of the most important and influential rock bands of the past several decades.

Starting off in a van supporting their debut single and working their way up to epic world-wide arena tours, they paved the way for such acts as Nirvana and Hootie and the Blowfish.

As they approach the quarter-century mark, they continue to write and perform new material. Their thirteenth studio album, "Around the Sun," was released in October of 2004.

Direct links to the same topic on other websites.
Editors: hoibes koavf